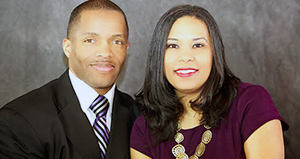 Reverend Leroy Gerome Parker is a native of Marion, Alabama. He is the fourth child of Ms. Delois Parker and Mr. Roy Morgan. He accepted Christ into his life and was baptized at the age of sixteen at the Berean Baptist Church in Marion, Alabama.

He graduated from Francis Marion High School and then went on to graduate from Alabama State University in Montgomery, Alabama, receiving a Bachelor of Science Degree in Elementary Education. Reverend Parker received his Master of Divinity from Virginia Union University, Samuel Dewitt Proctor School of Theology in Richmond, Virginia, in May of 2008.

He also served under some our nation’s prestigious clergy including Mayor Dwight Jones of the First Baptist Church of South Richmond and Reverend Dr. Geoffrey Guns of the Second Calvary Baptist Church of Norfolk, Virginia. Reverend Parker served for six years as the Assistant Pastor at Union Baptist Church in Stamford, Connecticut where Dr. Robert W. Perry is the Senior Pastor.

On November 29, 2013, Reverend Parker was overwhelmingly elected as the eighth pastor in the 118 year distinguished history of New Hope Baptist Church in Danbury, Connecticut. Rev. Parker serves on the Advisory Board and Joint Leadership Council of Jericho Partnership in Danbury.

Reverend Parker is married to the former Mistee J. Love and they are the proud parents of twin boys, Ryan and Evan.

He is a member of Kappa Alpha Psi Fraternity, Incorporated. 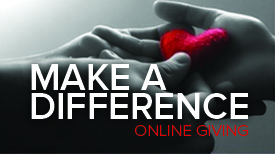 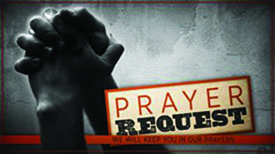 Check out the latest sermons from Pastor Leroy Parker Dismiss